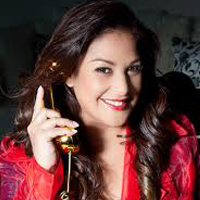 Since the beginning of her career, she explored common social and political issues as the influence of the religions, the role of women in the society, prostitution, violence, and discrimination, especially to LGBT community, and women – the femicide as a clear demonstration of power, and patriarchal control over women’s lives, their freedom, dignity, and sexuality. Her main focus is performance, installation, video and photography. Defined as a new media contemporary artist and a “pluralized woman” by French critic Frederic Charles Baitinger, Nina attempts to evoke through her work, women’s role in the XXI century. 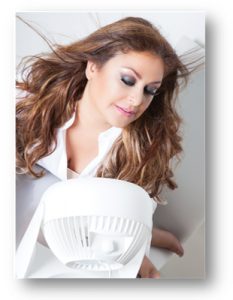 After surgical menopause at age 33 I found a lot of misinformation and silence on this issue. That’s the reason why I decided to create my participatory performance Hot Flashes Bar: To educate women about menopause and how to handle it in a more relaxed, positive way. The PMS Lounge app is an evolution of the original proposal that aims to provide effective information, now under the impact of new technologies, on how transit menopause with full satisfaction.

The PMS lounge app is an educational tool that allows the user, and also the participant in the collaborative performance, to obtain important information on the topics of menopause and andropause (also known as men menopause) through content videos produced with a sense of humor, irony and critic effrontery.

TAKE THE LOAD OFF

“Take the Load Off / El Despojo” is composed of a striking video-performance “El Despojo” bearing along with distinct visual-poetry “Corazon / Heart”, small format installations and photographs.

“Take the Load Off / El Despojo” turned out to become a rousing performance in which Dotti invited 100 women to pen upon a paper all the things that prevented them from evolving in their life. Once the participating women wrote down the litany of problems hindering their self-actualization, their written laments were thrown into a massive cauldron where the flames of regret were forged into communal wishes for a more positive future.

In addition to the video-performance “Take the Load Off / El Despojo”, the artist, whose real name is Nina Fuentes submit nine visual-poems, adapted from the book of poems titled “Música de Rocola / Jukebox Music”, written by her friend and compatriot Adriana Bertorelli.

Dotti’s commanding opus is completed with 13 objects and photos linked with the poems and with the problems of the heart and our affections.

Created for the Bienal del Sur de Panama in April, 2013.

A memorial for a  24 years of marriage, it’s also an acknowledgement of the open path ahead.

Heart is a group of nine visual poetry and four (4) installations inspired by the session heart of the book “Music Rockola” of Adriana Bertorelli Parrara.

Recorded in the city of Savannah, Georgia, The video are the visual reflection of the restrictive reading of each poem. 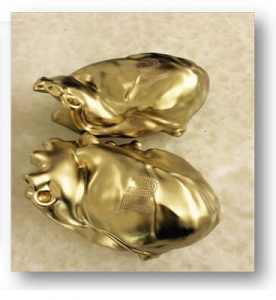 or by a golden brooch

In the same manner

a scream is always

Thus, we can observe

with a dull pointed needle,

from a terrible mouth

If you place a heart carelessly,

if you abandon it,

in a flat unprinted

in the middle of the road,

to have it run over

by a fruit truck

going to that other city;